The first printed eyewitness account of any place in today's UAE: the first English edition

4to. (4 [instead of 10]), 464 [instead of 466] ff. (wants the first 6 ff. of prelims, final 2 ff. of text and the 6 ff. of "special advices" and index, all supplied in facsimile). With historiated woodcut initials. Splendid modern red morocco, both covers richly gilt, gilt fillets to raised bands. Stored in custom-made cloth clamshell box with gilt spine title. 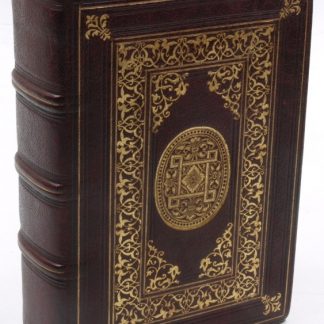