To an unnamed addressee, agrees to hold a lecture in Apolda or Weimar on Saturday evening. 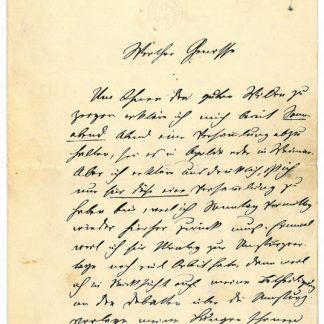