Attractively bound set of the first accurate English translation of the of Alf Laylah wa Laylah, commonly known in English as the "Arabian Nights". The British orientalist Edward William Lane (1801-76) lived in Egypt for several years and had integrated well with the Arabic population. 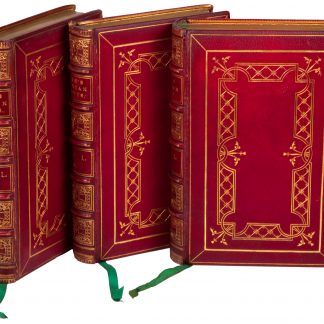