The astronomy, astrology and allied sciences of the Arabs, Persians and Turks: Anquetil-Duperron's copy

Provenance: from the library of the French oriental scholar Abraham Hyacinthe Anquetil-Duperron (1731-1805), the founder of Persian studies in Europe, with his handwritten ownership on the title-page. 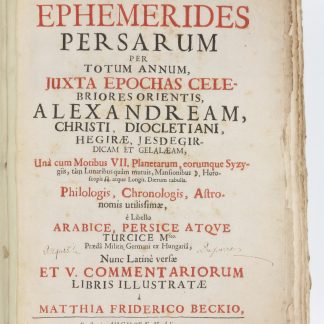