The most comprehensive private collection of musical notes

A total of 30,107 catalogued units comprising printed and manuscript sheet music. All sizes, but mostly 4to and folio.

The most comprehensive trove of musical notes in private hands, the Hans Schneider Collection contains in excess of thirty thousand books and brochures of early and original printed music as well as musical manuscripts, spanning more than four centuries from the mid-16th to the mid-20th century and including later material to the early 21st century. It may be called without reservation one of the greatest collections not only for its sheer size, but also in terms of quality and scope, one which can hold its own against some of the most prominent and renowned institutional holdings worldwide.

This vast body of music was compiled by Professor Dr. h.c. mult. Hans Schneider of Tutzing (1921-2017), widely hailed as the most prolific, most successful and most prominent publisher, antiquarian bookseller and private collector in the field for the better part of the 20th century (cf. MGG vol. XI, p. 1898f.). Having studied piano at Munich and Innsbruck, Schneider started out as a dealer in early and rare music in 1949. Over the next seven decades he would publish more than 450 sales catalogues, internationally acknowledged for their exacting bibliographical standards. Indeed, a substantial part of the collection here on offer is pre-catalogued, each individual print being described meticulously on cards stating not only all published references but also the precise edition, state, and date for each title, famously difficult to determine in the often undated scores. These cards not only represent the fruit of more than half a century of labour and research, but also give evidence of the scholarly competence of Prof. Schneider and his academic collaborators (at the height of his career, he employed a staff of as many as ten musicologists).

A strong third of the collection (some 12,000 items) comprises piano and chamber music, including Mozart, Beethoven, Liszt, and Chopin, as well as substantial scores by Hindemith, Reger, and Onslow. Another core segment is formed by vocal music: this encompasses nearly 10,000 items (including the complete works of Schubert, Brahms, Bruckner, and Schoenberg), of which almost 4,000 pieces are dedicated to operatic music alone. The last great bloc of the collection is made up by the field of dance music: acquired in this form from the City of Vienna forty years ago, this segment undoubtedly constitutes the most important collection of its kind worldwide, comprising the works of Johann Strauß the Father and the Son, of Lanner, and Ziehrer, to cite but the most famous.

For his achievements Professor Schneider was awarded honorary doctorates by two German universities, and he received the Distinguished Service Cross of the Federal Republic of Germany, as well as the Bavarian Order of Merit, one of highest decorations to be bestowed by the state of Bavaria. After his passing, his library was acquired directly from his heirs. Its offering on the market as a collection provides a unique opportunity to acquire more or less the complete and uninterrupted published record of period music practice produced during the last centuries. A spreadsheet catalogue may be consulted upon application. 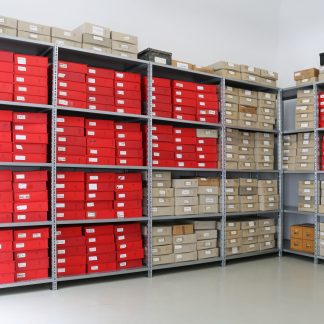