Unpublished Notes of Lectures by Ernst Ludwig Schubarth, "A Savant Whose Work has been most Useful for the Progress of the Industry" (Alexander von Humboldt)

4to (273 x 90 mm). (810) pp. Manuscript in black ink, in a neat and legible Kurrent hand. With 178 precisely executed pencil and ink diagrams and sketches in the margins, together with one full-page and two tipped-in folding drawings. Contemporary drab blue linen with gilt red cloth spine label. All edges red.

A meticulously maintained record of one of Schubarth's lecture series, kept by a student, "W. Mück," and a fascinating look at 19th century physics. Unpublished.

Schubarth (1797-1868) was a medical doctor, surgeon, and technological chemist. He gave lectures on chemistry and physics at the Königliches Gewerbeinstitut in Berlin from 1821 to 1848 and at the Bauakademie Berlin from 1831 to 1862. Both universities merged in 1879 and thus were forerunners of Berlin's highly regarded Technische Universität. Schubarth wrote numerous books, including "Tabellen für den Unterricht in der Physik" (1831), "Elemente der technischen Chemie" (1833), and "Lehrbuch der theoretischen Chemie" (1822). He was one of only four academics who lectured at the Gewerbeinstitut during the inaugural year of 1821. It is not known whether these lectures were given at the Gewerbeinstitut or at the Bauakademie. They have never been published.

Schubarth was known to Alexander von Humboldt, who recommended him to Michael Faraday in a letter of 9 August 1846, describing him as "a savant whose work has been most useful for the progress of the industry of this country" (Faraday, p. 537) His image can be seen on the statue of the Prussian statesman Peter Beuth, the prime mover in 19th century Prussia's industrial renewal, where Schubarth is shown addressing a group of fellow scientists.

In his book "Aesthetics, Industry and Science: Hermann von Helmholtz and the Berlin Physical Society", M. Norton Wise notes: "From the perspective of technological modernism at the Bauschule, it is noteworthy that students learned their chemistry and physics entirely from a practical and industrial perspective. Ernst Ludwig Schubarth taught the basic courses, although he had no student laboratory and surely taught experimentation by demonstration alone. After habilitating at the Medical Faculty in Berlin, Schubarth became associate professor for materia medica and chemistry at the University and one of Beuth's most stalwart contributors at the Gewerbeinstitut and Gewerbeverein, serving for years as editor of its journal" (pp. 53f.). 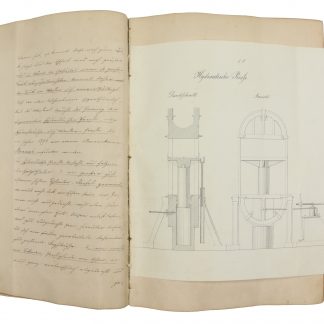