In 1828 Foucher met Alexandre Soumet, who advised him to read the play "Amy Robsart" by his brother-in-law Victor Hugo. Hugo himself found the play so bad that he intended to burn it, but he consented to let Foucher revise it. The play combined comedy and tragedy, and Foucher, under the influence of the enormous success of Shakespeare as recently performed in Paris, revised it further and produced it under his own name in 1829, but it failed so completely that Hugo came forward and avowed his own share in the production, taking responsibility of the non-success. Nevertheless, the whole affair did gain the young Foucher some notability. 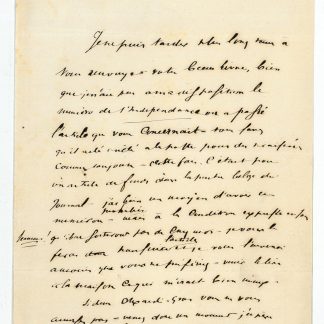