Tiger-themed poster by the British Overseas Airways Corporation (BOAC) in association with Qantas Empire Airways, South African Airways, and Tasman Empire Airways. An early document of modern aviation in Pakistan, which had gained independence only in 1947, after the Partition of the British Indian Empire, which awarded separate statehood to its Muslim-majority regions. 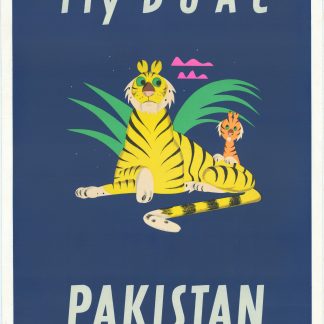