First American edition, first printing, of "Joseph in Ägypten", translated by Helen Tracy Lowe-Porter. First published in German in 1936 by Bermann-Fischer, then exiled to Vienna, the work formed the third part of Mann's great four-part novel "Joseph and His Brothers", written over the course of 16 years and not completed until 1943.

Signed in ink by Thomas Mann to both flyleaves. From the library of Celia Nettleton Feemster (1888-1975) with her ownership also signed to flyleaves. An uncommonly well-preserved set in the original slipcase. 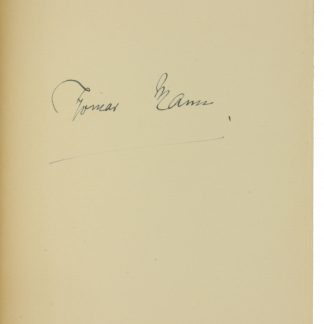