[Arabian Nights]. Burton, Richard Francis. A Plain and Literal Translation of the Arabian Nights' Entertainments, Now Entituled the Book of the Thousand Nights and a Night. (Including: Supplemental Nights).

The first Burton Club edition of Richard Burton's celebrated translation of Alf Laylah wa-Laylah, commonly known in English as the Arabian Nights. These Arabic tales, cherished in Europe since the early 18th century, are often erotic in content, and in Burton's unexpurgated translation they outraged Victorian England. Burton included numerous footnotes and a scholarly apparatus, offering a vivid picture of Arabian life, which set his translation apart from earlier English renderings. Bold to a fault, Richard Burton travelled to Mecca, explored the African Great Lakes, shocked his readers with his candid travel accounts, and gained fame and riches with his translation of the Arabian Nights. The first edition was published in 1885-88 and re-issued by the Burton Club shortly thereafter. 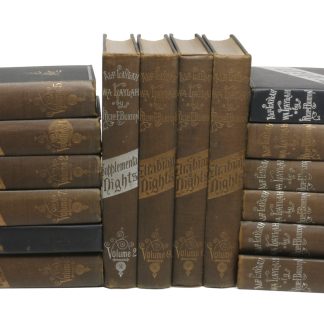