Early American reproduction of one of the four iconic photos of Marx from 1875 that the photographer John Mayall jr. (1842-91) had made in rapid sequence in his London studio. On 25 August 1875, Mayall wrote to Marx that he had mailed him some of the prints the previous day, and the remainder would follow in the course of the week.

With the sitter's name, in pencil, on mount recto, and the "Culver Pictures" stamp, labels, and barcodes, on mount verso. 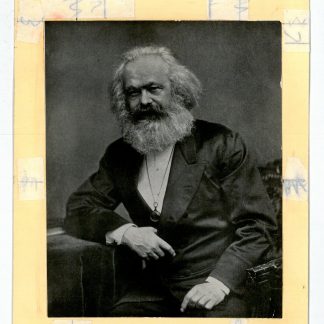