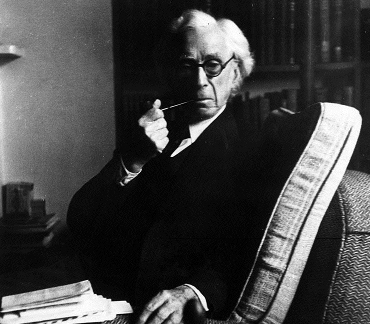 Bertrand Russell was a British philosopher, logician, mathematician, historian, writer, social critic and political activist. He is considered one of the founders of analytic philosophy along with his predecessor Gottlob Frege, colleague G. E. Moore, and his protégé Ludwig Wittgenstein. He is widely held to be one of the 20th century’s premier logicians. Russell was a prominent anti-war activist; he championed anti-imperialism and went to prison for his pacifism during World War I. Later, he campaigned against Adolf Hitler, then criticised Stalinist totalitarianism, attacked the involvement of the United States in the Vietnam War, and was an outspoken proponent of nuclear disarmament. In 1950 Russell was awarded the Nobel Prize in Literature.