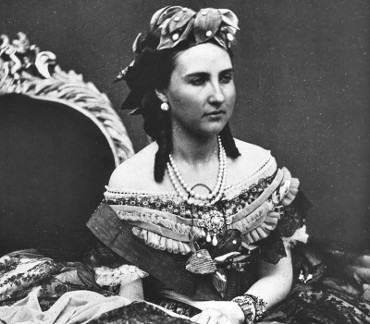 After a distinguished career in the Austrian Navy, Carlota’s husband, Maximilian, entered into a scheme with Napoleon III of France to invade, conquer, and rule Mexico. Many foreign governments refused to recognize Maximilian's claim or regime. With the end of the American Civil War in 1865, the U. S. began more explicit aid of President Juárez's forces. Matters worsened for Maximilian's 'empire' after the French withdrew its armies from Mexico in 1866; it collapsed, and the Mexican government captured and executed Maximilian in 1867. Carlota, had left for Europe earlier to try to build support for her husband's regime; after his execution, however, she suffered an emotional collapse and was declared insane.