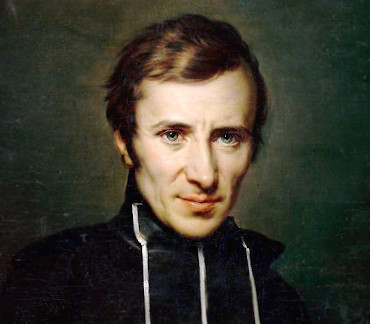 Félicité de Lamennais was a French Catholic priest, philosopher, and political theorist. He was one of the most influential intellectuals of Restoration France. Lamennais can be considered the forerunner of liberal Catholicism, and social Catholicism. He sympathized with the Revolution of 1848 and was elected a deputy for Paris to the Constituent Assembly. He drew up a plan for a Constitution, which was rejected as too radical. After this, he confined himself to silent participation in the sessions. He also started the newspapers Le Peuple constituant and La Révolution démocratique et sociale, espousing radical revolution.