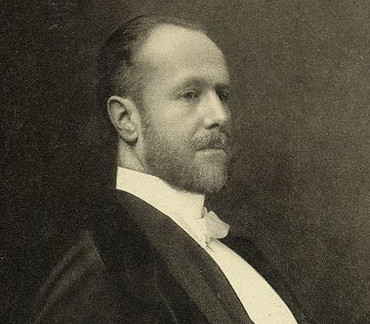 Along with James Ensor, Fernand Khnopff is the most eminent Belgian symbolist painter. In 1883, he was one of the founding members of the group Le Groupe des XX. Khnopff exhibited regularly at the annual "Salon" organised by Les XX. In 1889, he laid his first contacts with England, where he would stay and exhibit regularly in the future. In March 1898 Khnopff presented a selection of 21 works on the first exhibition of the Vienna Secession. In Vienna his work was received with massive admiration. The works he presented at the Secession would form a major influence on the oeuvre of Gustav Klimt.