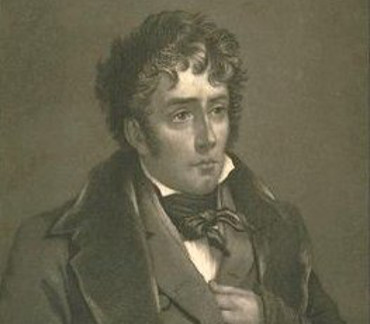 Chateaubriand was a French writer, politician, diplomat, and historian, who is considered the founder of Romanticism in French literature. Descended from an old aristocratic family from Brittany, Chateaubriand was a royalist by political disposition; in an age when a number of intellectuals turned against the Church, he authored the Génie du christianisme in defense of the Catholic faith. His works include the autobiography Mémoires d'outre-tombe ("Memoirs from Beyond the Grave", published posthumously in 1849–1850).