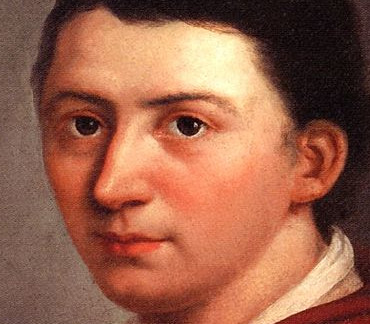 Karl Wilhelm Friedrich (after 1814: von) Schlegel was a German poet, literary critic, philosopher, philologist and Indologist. With his older brother, August Wilhelm Schlegel, he was one of the main figures of Jena Romanticism. In 1808 he published an epoch-making book, "Über die Sprache und Weisheit der Indier" ("On the Language and Wisdom of India"). Here he argued that a people originating from India were the founders of the first European civilizations. Schlegel was a pioneer in Indo-European studies, comparative linguistics, and morphological typology, publishing in 1819 the first theory linking the Indo-Iranian and German languages under the Aryan group.