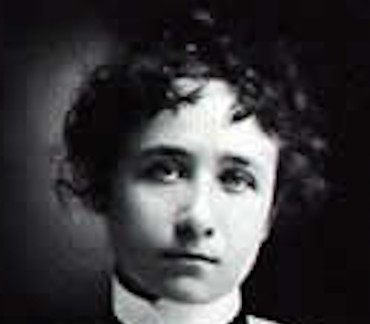 Gabriele Münter was a German expressionist painter who was at the forefront of the Munich avant-garde in the early 20th century and who was familiar with many of the more famous artists of the time. In 1911 Münter, Kandinsky, and Franz Marc founded the expressionist group known as Der Blaue Reiter (The Blue Rider). She is most well known for her landscapes, many of which were painted in Murnau. Her composition and forms are very flat and the colors are muted and suggestive. In the early 1900s her style began to change as a result of the influence of Matisse and Fauvism, Gauguin, and van Gogh.