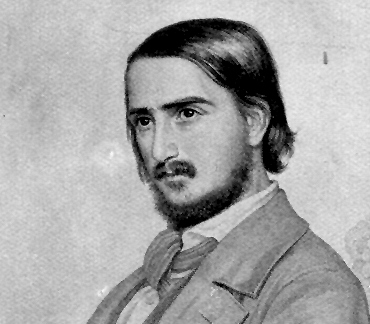 Georg Friedrich Rudolph Theodor Herwegh was a German poet, who is considered part of the Young Germany movement. His "Gedichte eines Lebendigen" ("Poems of a living man") were published in Zürich between 1841–1843 and immediately banned in Prussia. The lyrics combined revolutionary sentiment with a popular style and soon placed him at the forefront of the Vormärz revolutionary movement. Herwegh wrote songs for Lassalle's Worker's Society and the Social Democratic Worker's Party. In 1877, "Neue Gedichte" was published. The most important work of his later years was the translation of many of Shakespeare's plays.