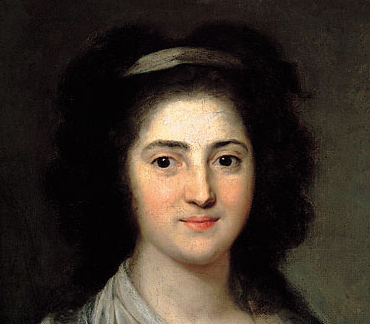 Henriette Herz, née De Lemos, is best known for the literary salon that she started with a group of emancipated Jews in Prussia. At age fifteen, she married the physician Markus Herz, seventeen years her senior. After a few years their salon split in two, a science-seminar led by her husband and a literary salon by Henriette herself. Most notable men and women in Berlin were said to have attended her salon. Among her friends and acquaintances were Dorothea von Schlegel, Wilhelm von Humboldt, Jean Paul, Friedrich Schiller, Mirabeau, and Friedrich Rückert. Alexander von Humboldt often visited and even received Hebrew lessons from Henriette.