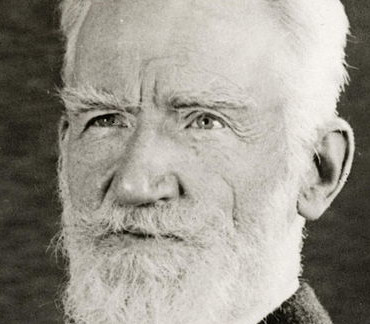 G. B. Shaw was an Irish playwright, critic, polemicist and political activist. His influence on Western theatre, culture and politics extended from the 1880s to his death and beyond. He wrote more than sixty plays, including major works such as "Man and Superman" (1902), "Pygmalion" (1912) and "Saint Joan" (1923). With a range incorporating both contemporary satire and historical allegory, Shaw became the leading dramatist of his generation, and in 1925 was awarded the Nobel Prize in Literature. Influenced by Henrik Ibsen, he sought to introduce a new realism into English-language drama, using his plays as vehicles to disseminate his political, social and religious ideas.