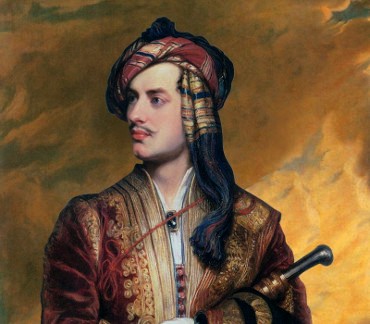 Lord Byron was a leading figure in the Romantic movement. Among his best-known works are the lengthy narrative poems Don Juan and Childe Harold's Pilgrimage and the short lyric She Walks in Beauty. Byron is regarded as one of the greatest British poets, and remains widely read and influential. He travelled widely across Europe, especially in Italy where he lived for seven years. Later in life, Byron joined the Greek War of Independence fighting the Ottoman Empire, for which many Greeks revere him as a national hero.