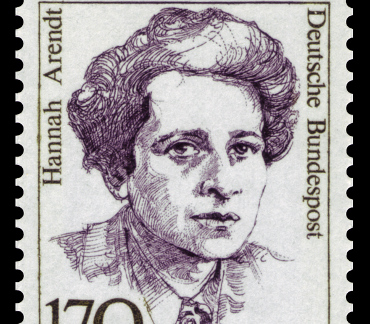 Hannah Arendt is most famous for her book "The Origins of Totalitarianism" (1951), which traced the roots of Stalinism and Nazism in both anti-Semitism and imperialism. Her works deal with the nature of power, and the subjects of politics, direct democracy, authority, and totalitarianism. In her reporting of the 1961 Adolf Eichmann trial for The New Yorker, which evolved into Eichmann in Jerusalem: A Report on the Banality of Evil (1963), she coined the phrase "the banality of evil" to describe the phenomenon of Eichmann. The Hannah Arendt Prize is named in her honor.