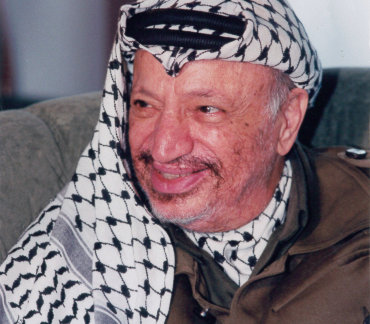 Arafat was Chairman of the Palestine Liberation Organization (PLO) and President of the Palestinian National Authority (PNA) until his death. Ideologically an Arab nationalist, he was a founding member of the Fatah political party that operated within several Arab countries and launched attacks on Israeli targets. In 1988, he acknowledged Israel's right to exist and sought a two-state solution to the Israeli–Palestinian conflict. Arafat received the Nobel Peace Prize, together with Yitzhak Rabin and Shimon Peres, but remains a controversial figure. The majority of the Palestinian people view him as a heroic freedom fighter, conversely, most Israelis consider him an unrepentant terrorist.