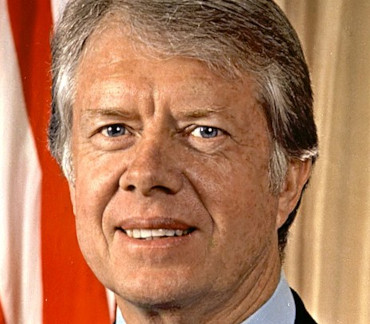 Carter served as the 39th president of the United States. A member of the Democratic Party, he won the 1976 Democratic presidential nomination. In the general election, Carter ran as an outsider and narrowly defeated Gerald Ford. During Carter's term as president, he established a national energy policy that included conservation, price control, and new technology. In foreign affairs, Carter pursued the Camp David Accords, the Panama Canal Treaties, the second round of Strategic Arms Limitation Talks (SALT II). Since leaving the presidency, Carter has remained active in the private sector; in 2002, he was awarded the Nobel Peace Prize for his work in co-founding the Carter Center.