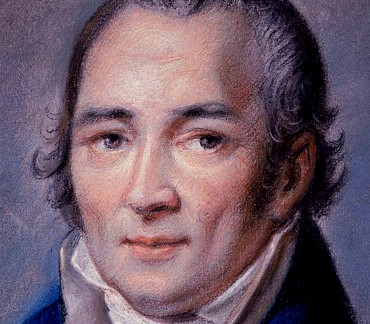 Johann Peter Hebel was a German short story writer, dialectal poet, evangelical theologian and pedagogue, most famous for a collection of Alemannic lyric poems ("Allemannische Gedichte") and one of German tales ("Schatzkästlein des rheinischen Hausfreundes" – "Treasure Chest of the Family Friend from the Rhine"). He wrote popular calendar stories in the "Badischer Landkalender", and later in "Rheinländischer Hausfreund", but a dispute between Catholics forced him to resign as editor of the calendar. His last works were biblical stories for young readers, which served as textbooks until 1855.