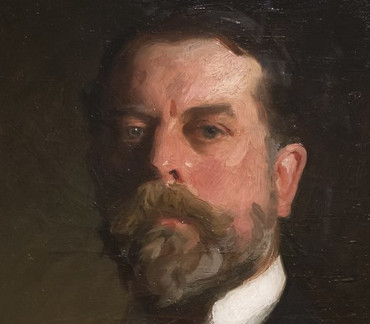 John Singer Sargent was an American expatriate artist, considered the "leading portrait painter of his generation" for his evocations of Edwardian-era luxury. He created roughly 900 oil paintings and more than 2,000 watercolors, as well as countless sketches and charcoal drawings. His oeuvre documents worldwide travel, from Venice to the Tyrol, Corfu, the Middle East, Montana, Maine, and Florida. He enjoyed international acclaim as a portrait painter. An early submission to the Paris Salon in the 1880s, his "Portrait of Madame X" resulted in scandal. During the next year following the scandal, Sargent departed for England where he continued a successful career as a portrait artist.