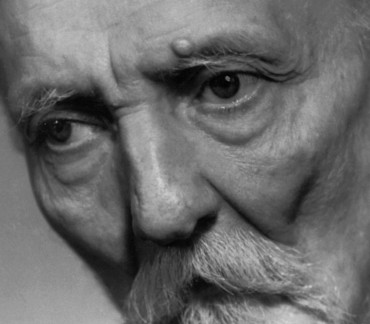 Josef Matthias Hauer was an Austrian composer and music theorist. He is best known for developing, independent of and a year or two before Arnold Schoenberg, a method for composing with all 12 notes of the chromatic scale. In 1918 he published his first work on music theory (a tone-color theory based on Goethe's "Theory of Colours"). In August 1919 he published his "law of the twelve tones", requiring that all twelve chromatic notes sound before any is repeated. This he developed and first articulated theoretically in "Vom Wesen des Musikalischen" (1920), before the Schoenberg circle’s earliest writings on twelve-tone technique.