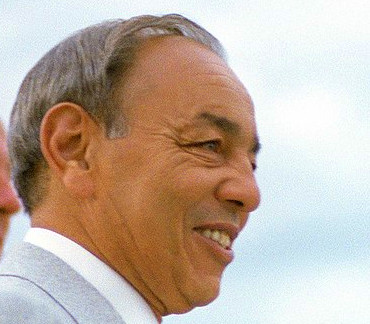 King Hassan II was King of Morocco from 1961 until his death in 1999. Hassan was known to be one of the most severe rulers of Morocco, widely accused of authoritarian practices and of being an autocrat and a dictator, particularly during the Years of Lead, the period from the 1960s to the late 1980s, which saw thousands of dissidents jailed, killed, exiled or forcibly disappeared. During his reign, Morocco recovered the Spanish-controlled area of Ifni in 1969, and militarily seized two-thirds of Spanish Sahara through the "Green March" in 1975. Relations with Algeria deteriorated sharply due to the Western Sahara affair, as well as due to Moroccan claims on Algerian territory.