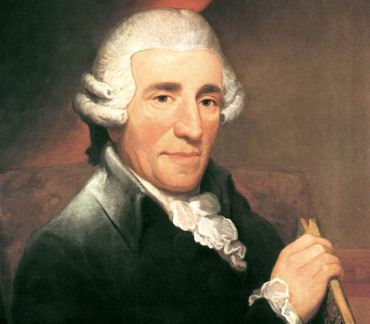 Haydn was a prominent and prolific Austrian composer of the Classical period. He was instrumental in the development of chamber music such as the piano trio and his contributions to musical form have earned him the epithets "Father of the Symphony" and "Father of the String Quartet". One of his friends was Wolfgang Amadeus Mozart, whom Haydn had met sometime around 1784. The two composers occasionally played in string quartets together. Haydn was hugely impressed with Mozart's work and praised it unstintingly to others. Mozart evidently returned the esteem, as seen in his dedication of a set of six quartets, now called the "Haydn" quartets, to his friend.