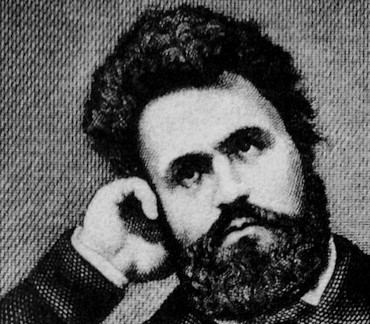 Julius Fröbel taught mineralogy at the University of Zurich, where he joined the radical party, and established a publishing house (Literarisches Comptoir). He issued political pamphlets, many of which were suppressed in the states of the German Confederation, among them writings by Bruno Bauer, Friedrich Engels, Ludwig Feuerbach, Arnold Ruge, and David Strauss. He was elected a member of the Frankfurt Parliament, and joined with Robert Blum the bloody October Uprising in Vienna. Both were condemned to death, but contrary to Blum, Fröbel was pardoned and emigrated to the US. After the unification of Germany, he was appointed consul of the German Empire at Smyrna, and transferred to Algiers.