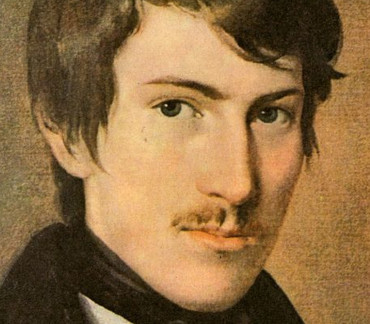 Nikolaus Lenau was the nom de plume of Nikolaus Franz Niembsch Edler von Strehlenau, a German-language Austrian poet. The disposition to sentimental melancholy inherited from his mother, stimulated by disappointments in love and by the prevailing fashion of the romantic school of poetry, descended into gloom after his mother's death in 1829. However, a legacy from his grandmother enabled him to devote himself wholly to poetry. In 1836 his "Faust" appeared; in 1837, "Savonarola", an epic in which freedom from political and intellectual tyranny as an essential component of Christianity was stated. He is the typical representative in German literature of that pessimistic Weltschmerz.