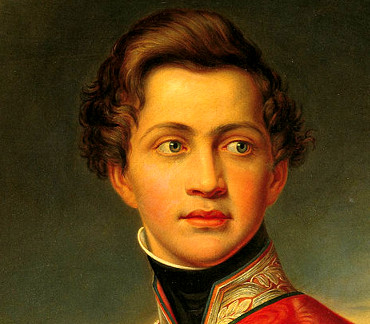 Otto was a Bavarian prince who became the first King of Greece in 1832 under the Convention of London. He reigned until he was deposed in 1862. He ruled as an absolute monarch. Eventually his subjects' demands for a constitution proved overwhelming, and in the face of an armed but bloodless insurrection, Otto granted a constitution in 1843. Throughout his reign Otto was unable to resolve Greece's poverty and to prevent economic meddling from outside. In 1862 Otto was deposed while in the countryside. He died in exile in Bavaria in 1867. His royal household in exile was dressed in Greek costume, and every evening between six and eight he and his wife would speek nothing but Greek to commemorate their reign.