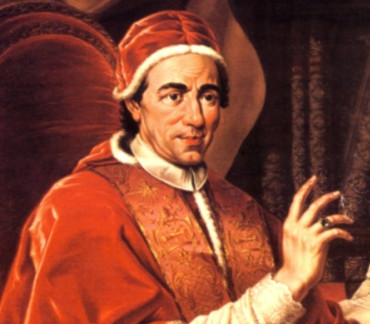 Clemens XIV, born Ganganelli, was the only Franciscan friar in the College of Cardinals at the time of his election. He is best known for his suppression of the Society of Jesus. Clement XIV and the customs of the Catholic Church in Rome are described in letters of W. A. Mozart and of his father, written from Rome in 1770 during their tour of Italy. The papal chapel was famous for performing a "Miserere mei, Deus" by Allegri, whose music was not to be copied outside of the chapel on pain of excommunication. The 14-year-old Wolfgang was able to transcribe the composition in its entirety after a single hearing. Clement made young Mozart a knight of the "Order of the Golden Spur".