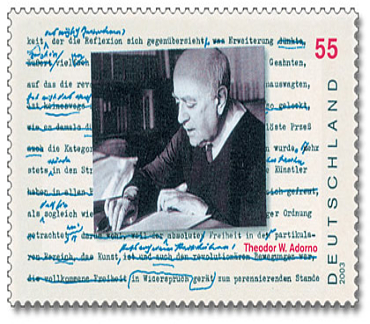 Adorno was a leading member of the Frankfurt School of critical theory, whose work has come to be associated with thinkers such as Ernst Bloch, Walter Benjamin, Max Horkheimer and Herbert Marcuse, for whom the work of Freud, Marx and Hegel were essential to a critique of modern society. He is widely regarded as one of the 20th century's foremost thinkers on aesthetics and philosophy, as well as one of its preeminent essayists. As a critic of both fascism and what he called the culture industry, his writings strongly influenced the European New Left.