Carlyle, J[oseph] D[acre]. Specimens of Arabian Poetry, From the Earliest Time to the Extinction of the Kaliphat, With Some Account of the Authors. The Second Edition.

Occasional browning to text; covers sunned in places. A handsome copy from the library of John Pulteney with his engr. armorial bookplate to front pastedown. 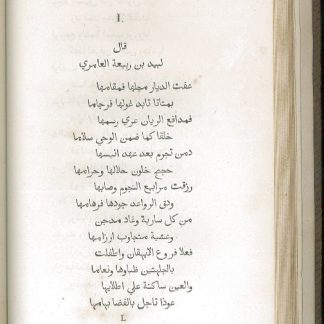