This charming, well-preserved herbal, of whose "deux petits volumes" (as mentioned in the accompanying letter) only this present first one has survived, was compiled for the wife of Mr. de Kessel by the priest and amateur naturalist Charles Strail, a founding member of the "Société Royale de Botanique de Belgique". The plants, collected on a trip to Beaufays, are accompanied by detailed taxonomic information, such as Strail's following note on the baneberry specimen: "Le calice de cette plante tombe aussitot que sa fleur s'ouvre". Abbé Strail would later go on to publish a "Florule de Chaudfontaine et de Magnée" (1863) as well as a standard work on mints, for which he corresponded with like-minded scholars and enthusiasts throughout Europe, including members of the "Botanical Exchange Club of the British Isles". 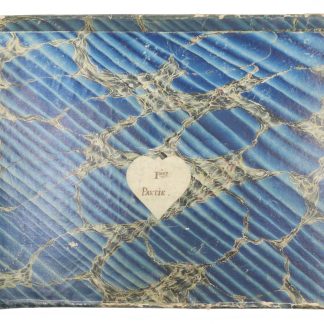