The Arabian horses of the Honvéd army

Highly uncommon photographs of Arabian horses (all individually captioned) at the famous Bábolna stud in Hungary, the principal stud for producing the best horses for the Austro-Hungarian military in the 19th century. The "Bábolna Nemzeti Ménesbirtok" (Bábolna National Stud) was founded by Emperor Joseph II in 1789. In 1816 it was decreed that henceforth only Arabian stallions should be used for stud service - a policy that raised the quality of the Austrian cavalry's horses to a famous level and necessitated the frequent introduction of new pure-bred Arabian stallions from the Middle East. One of the greatest commanders and stud-masters of Bábolna, Mihály Fadlallah el Hedad, hailed from Syria. 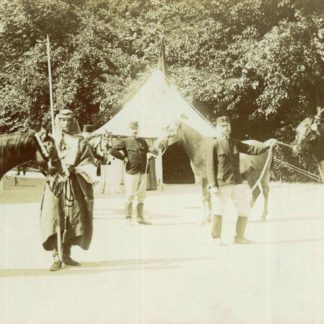