First Latin edition of one of the major works by Proclus Lycaeus (412-485), founder and head of the neo-Platonic school of Athens: a commentary on the first book of Euclid's "Elements of Geometry", the "oldest mathematical textbook in the world still in common use today" (PMM). Includes the text of the theorems, set within ornamental woodcut framings, and the geometrical diagrams. The editor and translator Francesco Barozzi (1537-1604) taught at the University of Padua. He was later charged with sorcery (in particular, he was said to have caused a torrential rainstorm over his native Crete) and condemned by the Inquisition in 1587. "Barocius' edition of Proclus' commentary on the first book of Euclid's 'Elements' was the first important translation of this work, for it was based on better manuscripts than previous efforts had been. The translation, published in 1560, was completed by Barocius at the age of twenty-two" (DSB). His portrait on the reverse of the title page is cut within a magnificent border. 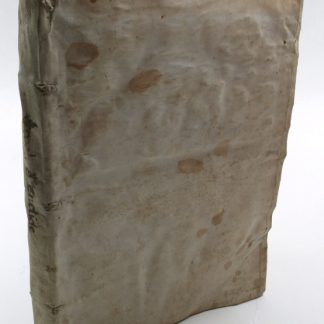