Secret reports from the South China Command to the British War Office, with reconnaissance photos, written as Mao Zedong and Chiang Kai-shek rose to power and veered toward civil war

For the British military's view of the circumstances: Jonathan Parkinson, The Royal Navy, China Station (2018), pp. 359-372. 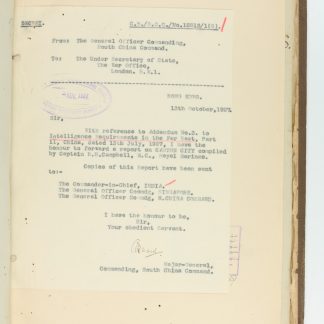