Fundamental work of Renaissance astronomy, a source for Copernicus and Galileo: wide-margined copy

Second complete edition (the third altogether) of one of the fundamental works of Renaissance astronomy: the "Epitome" of Ptolemy's Almagest, edited by and with the comments of Regiomontanus and Georg Peurbach, first published in Venice in 1496. This summary of the Almagest, itself one of the most influential scientific texts of all time, was begun by Peurbach at the request of Cardinal Bessarion and completed by Regiomontanus in 1463. It would be used by Copernicus as well as by Galileo Galilei. The editor of the present edition was Erasmus Flock (1514-68), a student of Georg Joachim Rheticus who succeeded his teacher in Wittenberg as lecturer of astronomy and authored two pamphlets on comets.

"The importance of this book lies in the fact that it enshrines, within the editor's commentary, the first appearance in print, in a Latin translation from the Greek, of the monumental compendium of Claudius Ptolemaeus of Alexandria known as the 'Almagest' (an Arabic portmanteau word derived from the Greek for 'the great astronomer') [...] The 'Almagest' ist an encyclopaedia of astronomical knowledge [...] which established astronomy as a mathematical discipline" (PMM).

Title slightly brownstained. Spine restored, rebacked and lacking ties. An unusually appealing, clean and wide-margined copy with all of the diagrams intact. 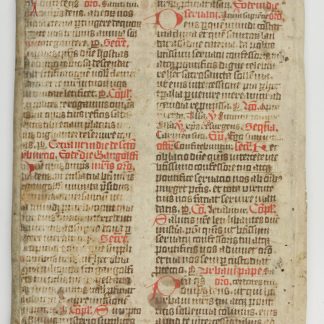