A speech by Weizmann, director of the British ammunition laboratory until 1919, who became president of the World Zionist Organization in 1921, given at a Zionist conference in London. Weizmann was elected the first president of the newly founded state of Israel in 1949. 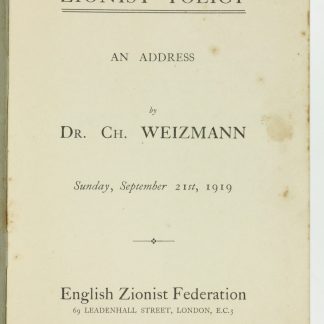