To a former employee whom he provides with a ticket to an arena box at his show: "My dear Lou: Will be awfully glad to see you. I enclose you a requisition that will admit you and party to an Arena box but [autograph insertion: 'fill in date'] you can fill it in. When you be sure and ask for me and any of my men will bring you to me after the performance. Your old boss [...]". 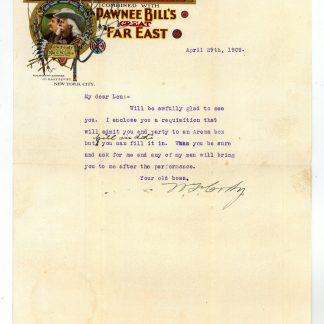