Apparently to Juste Vernouillet in Paris, director of the publishing house Lachatre & Co. in the absence of Maurice Lachatre, who was still exiled in San Sebastian, Spain, for his role in the Paris Commune. Marx addresses Vernouillet as "cher citoyen" and sends him the next 31 pages of Joseph Roy's translated manuscript of "Le Capital" (up to p. 472), with his own extensive revisions, for typesetting. He also requests "100 copies of fascicle II, as well as 30 copies of fascicle I, which you will add to my account".

The first livraison of the French edition had appeared in August 1872, the second was delayed until early February 1873. In January 1872, Marx and Lachatre had not even signed their publication contract. Although Marx was not usually prone to misdating letters at the beginning of the year (a lapse more common in Engels's letters), he was at that moment seriously overworked with revising Roy's translation for Lachatre's ongoing publication, and simultaneously completing the revised second German edition for his publisher Otto Meissner in Hamburg. Quite recently he had complained to his correspondent Friedrich Adolph Sorge, "Because of the French translation, which makes me more work than if I had to do it without the translator, I am so overworked that I have not been able to write to you" (21 Dec. 1872), and still a month after the present letter, he wrote to Friedrich Bolte in very similar vein that "the revision of the French translation is causing me more work than if I had done the whole translation myself" (12 February 1873). 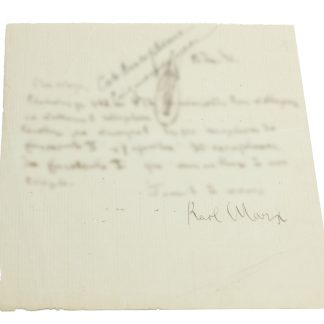