Oblong small 4to. 1 page. With autograph address on reverse ("An Herrn v. Mayer"). In German.

To Friedrich Sebastian Mayer, with instructions for the singer who performed the role of Don Pizarro at the premiere of "Fidelio" (in the original première of 20 November 1805 as well as in that of the reworked version of 29 March 1806): "Hier der Ite Akt - diesen Abend den Zweiten - wo eigentlich nur wenige Veränderungen gemacht worden - sobald beyde Akte geschrieben, bitte ich sogleich, mir sie wieder zu zustellen" ("Here is the 1st Act - the second will follow this evening - which in fact contains only few changes - when both have been copied, please return them to me directly").

The reception of Beethoven's first "Fidelio" version had been lukewarm; the second had enjoyed greater success. However, it was not until 1814, when Beethoven produced a third version of his only opera, that the work met with resounding cheers. Wilhelmine Schröder-Devrient, one of the greatest tragic sopranos of the 19th century, who had accepted the role of Leonore in 1822, was instrumental for the opera's ever-increasing popularity. When Vienna's State opera, destroyed by Allied bombs during WWII, re-opened in 1955, it was Beethoven's "liberation opera" that was chosen to mark the occasion. 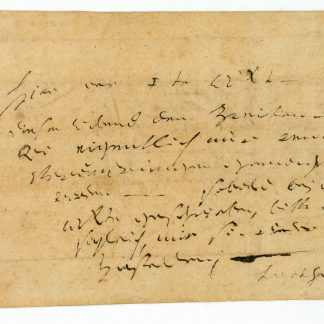