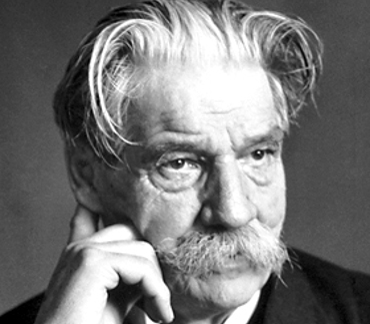 Albert Schweitzer was a French theologian, organist, philosopher, physician, and medical missionary in Africa, also known for his historical work on Jesus. He received the 1952 Nobel Peace Prize for his philosophy of "Reverence for Life", expressed in many ways, but most famously in founding and sustaining the Albert Schweitzer Hospital in Lambaréné, now in Gabon, west central Africa (then French Equatorial Africa). As a music scholar and organist, he studied the music of German composer Johann Sebastian Bach and influenced the Organ reform movement (Orgelbewegung).