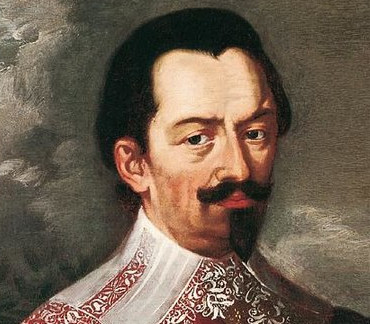 Albrecht Wenzel Eusebius von Wallenstein, also von Waldstein, was a Bohemian military leader and statesman who fought on the Catholic side during the Thirty Years' War (1618–1648). His successful martial career made him one of the richest and most influential men in the Holy Roman Empire by the time of his death. Wallenstein became the supreme commander of the armies of the Habsburg Emperor Ferdinand II and was a major figure of the Thirty Years' War. When Wallenstein realised the war against Sweden could last decades, he arranged a series of armistices to negotiate peace in 1633. However, he was accused of treachery and assassinated on behalf of the Emperor.