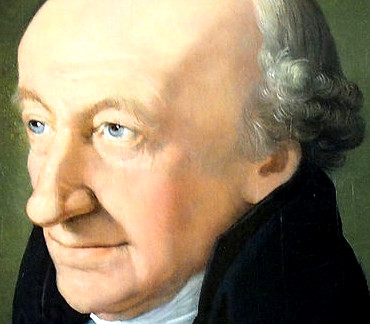 Christoph Martin Wieland was a German poet and writer. He is best-remembered for having written the first Bildungsroman, "Geschichte des Agathon" (1766–1767), in which, under the guise of a Greek fiction, Wieland described his own spiritual and intellectual growth. Of equal importance was Wieland's translation of twenty-two of Shakespeare's plays into prose (8 vols., 1762–1766). His epic "Oberon" (1780) formed the basis for Carl Maria von Weber's opera of the same name. Wieland’s thought was representative of the cosmopolitanism of the German Enlightenment, exemplified in his remark: "Only a true cosmopolitan can be a good citizen."