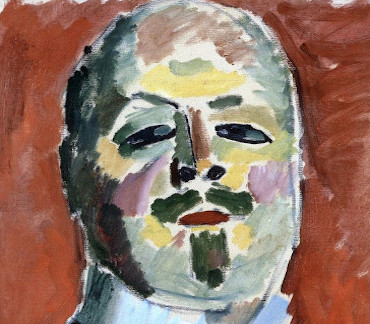 Alexej von Jawlensky was a Russian expressionist painter active in Germany. He was a key member of the New Munich Artist’s Association (Neue Künstlervereinigung München), Der Blaue Reiter (The Blue Rider) group and later the Die Blaue Vier (The Blue Four). Expelled from Germany in 1914, he moved to Switzerland. After a hiatus in experimentation with the human form, Jawlensky produced perhaps his best-known series, the Mystical Heads (1917–19), and the Saviour’s Faces (1918–20), which are reminiscent of the traditional Russian Orthodox icons of his childhood.