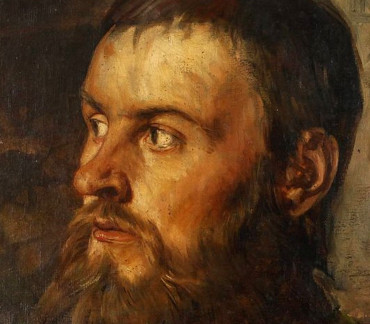 Andreas Hofer was a Tyrolean innkeeper and drover, who in 1809 became the leader of the Tyrolean Rebellion against the revolutionary Napoleonic invasion during the War of the Fifth Coalition. In the second Battle of Bergisel, from May 25 to May 29, 1809, Hofer's troops defeated the Bavarians, driving them out of the country and retaking Innsbruck on May 30. On September 29 he received a medal from the emperor and another promise that Austria would not abandon Tyrol. Hofer's hopes were dashed on October 14 when the Treaty of Schönbrunn again ceded Tyrol to Bavaria. He was subsequently captured and executed. Hofer is still today venerated as a folk hero, freedom fighter and Austrian patriot.